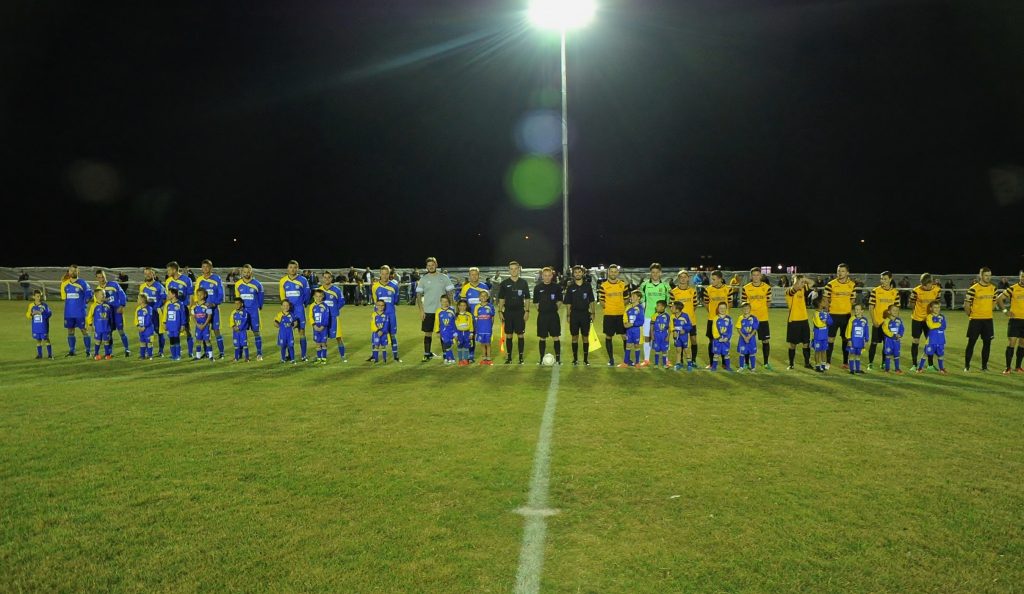 On Monday 19th September 2016 to commemorate the switching on of our new floodlights we were pleased to entertain local Vanarama National League side Maidstone United.

A mixed Maidstone team of under 21, academy and first team players played against a selection of our First Team, Reserves, Sunday and Veterans teams.

Maidstone ran out winners 3-0 but all Snodland players put in a good shift and at times were unlucky not to score.

A big thank you goes to the 400 or so supporters who turned out to watch this historic match.

Click on the picture below to view all photos from the game. To view the souvenir programme click on ‘Programme’ on  the ‘News’ drop down menu.

All photographs are courtesy of Maidstone United FC