Welcome to the home page of Snodland Town Veterans

Snodland Town Veterans completed two highly successful seasons (2015/16 & 2016/17) in the Canterbury and District League, winning the division on both occasions and also winning the cup in 2015/16.

Unfortunately the league has now folded its Veterans Division and therefore our team has also regrettably folded. This may only be on a temporary basis as there could be an opportunity to reform in the future. 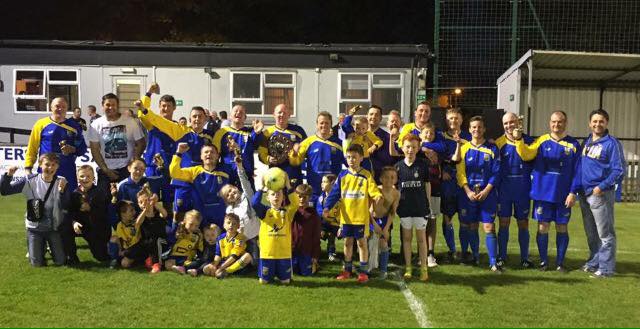