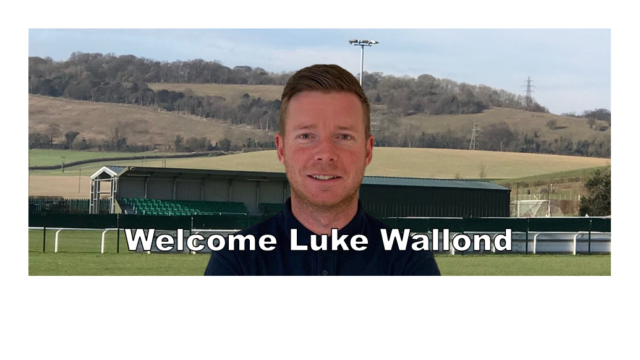 A new first team manager for a new season……..welcome to Luke Wallond

Following two highly successful seasons leading Staplehurst Monarchs to the top of the Kent County League Premier Division, we are delighted that Luke Wallond and his management team have joined Snodland Town FC.

During his playing days Luke started at Gillingham, Margate and Sittingbourne at youth level and progressed to men’s football with, amongst others, Chatham Town, Tunbridge Wells, Dover, Chertsey Town, Chessington Hook, Lordswood and finally Staplehurst before taking over as manager.

Luke is 35 years old, married with 4 children. He is  the director of I Wallond Fencing Contractors and more recently Yew Tree Design & Build. His interests, apart from football, are spending time with the family and more recently ,since having stopped playing, he has taken up road cycling.

Luke is bringing with him an established management team of :Assistant Manager – Adrian Lacey, Coach – Brad Brooker and Goalkeeper Coaches – Glen Winter-Nolan & Pete Mathews. We are also pleased to report that our physio, Mia Dooley is remaining at the club.

In a recent interview to Kentish Football Luke said

“First and foremost, I would like to say I’m grateful to the chairman and club for this opportunity to progress as a manager from the Kent County League to the Southern Counties East Football League.

“My intentions as a manager, as well as my group of players from the past couple of seasons, were to compete in the Southern Counties East Football League.

“We got ourselves to a position where we have been quite successful, that being said the opportunity to manage Snodland Town was a hard offer to refuse, as myself and players are looking to progress and test our ability at a higher level.

“After speaking to the chairman on the phone and listening to his aspirations to move the club forward on the pitch, I am hopeful I can deliver.

“Behind the scenes they are putting in a lot of hard work to develop the ground, with a new clubhouse and changing room facility adjacent to the pitch.

“All of the above made it an easier decision to join Snodland. With myself, assistant manager and coaches joining, we will be aiming to improve last season’s results.

“With this in mind I am hoping that I can squeeze us into one of these positions and give the club the success it deserves.

“I am looking forward to my first time managing in the FA Vase and hoping we can have a good run and a couple of good away games.

“Whilst doing this and the facilities being improved, I hope we can keep the current spectators coming, bring back some of the old that may have been disheartened with previous results and encourage new supporters and the juniors to watch.

“Although we do not know when the new season will start or even when pre-season is likely to commence, I have had several phone calls and messages from new players who would like to attend pre-season, whilst also having a discussion with the current club captain inviting all current players.

“I will also have the majority of my squad from Staplehurst wanting to join, which will hopefully make all of the above more achievable.

“With COVID-19 and the Government enforced lockdown at the moment, it feels slightly weird not being able to put plans in place for the forthcoming season, which I am looking forward to doing  but the health and safety of everyone is of paramount importance.”